In 1878, Charles Garnier built a concert hall at the request of the Monte Carlo Casino. Built in less than nine months, this hall follows the same principles as the Opera of Paris, using the same artists. It was modified to accommodate the lyric arts at the beginning of the 20th century.

Our restoration made it possible to set off its sumptuous décors and openings onto the sea. The concept of the entire monument was revised to offer artists dressing-rooms and scenic equipment in keeping with the times, and to provide the public with modern comfort in the impressionist splendor created by Garnier. 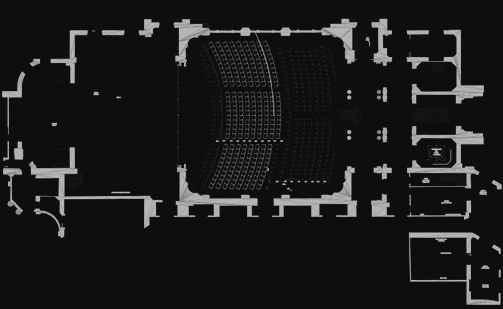