When gigantic urban works were led by Baron Haussmann during the reign of Napoleon III, the island of the city has undergone a total urban redevelopment with the building of the Hotel Dieu and the Paris’ Court of Trade. The court was built by Antoine-Nicolas Bailly to satisfy the wishes of the Emperor. It is one of the major buildings which structures the new town planning and meets the economic development of imperial France.

Our work and studies basically focused on the coupole and the dome disorders. All will be put in a total restoration process within the next months. 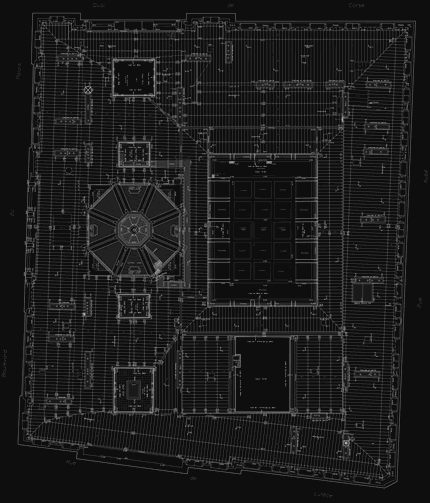